After winning an NBA record 73 games this season, the Warriors are the favorites to win the championship. The Splash Brothers, Steph Curry and Klay Thompson, have made a combined 678 3s – that’s more than 14 NBA teams. As a team, the Warriors have 1077 made 3s, another record, and is the first team to reach the 1000 made mark at a ridiculously high 42% from beyond the arc. If this hot shooting continues the Warriors are practically unstoppable. If the team keeps the turnover numbers low, they have an extremely high chance of repeating as champions. 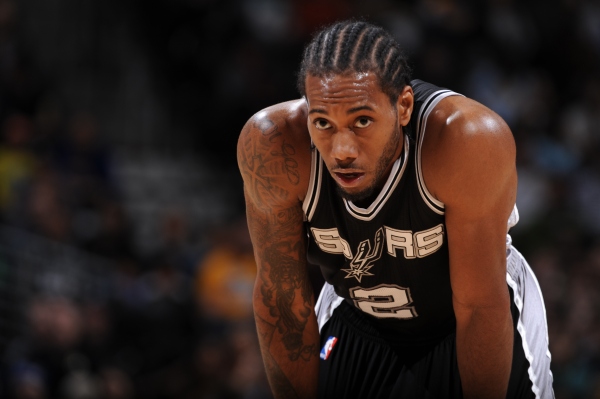 The Spurs also had a record setting season, tying the ‘86 Celtics home record of 40-1. The Spurs are the only team in the West that could give Golden State a run for its money in a 7 game series. If there are no major slip-ups, the Western Conference finals will most likely be between the Warriors and the Spurs. 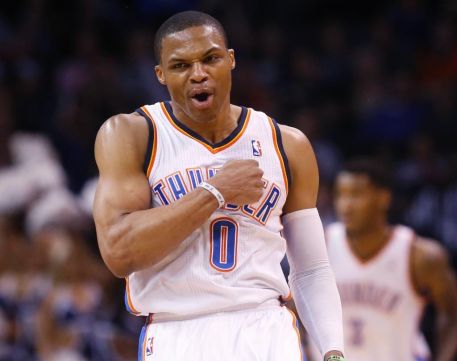 Russell Westbrook’s 17 triple doubles this season has been the most by a player since the legendary Magic Johnson in 1989. The duo of him and a healthy Kevin Durant are very hard to stop and, like the Spurs, can give the Warriors a serious run for their money if the bench steps up and contributes.

After prying DeAndre Jordan away from the Mavericks last summer, the Clippers have made their way back into the playoffs for the 5th straight season. Clippers have been shaky in the playoffs throughout that time and will need a boost from role players such as J.J. Redick and Jeff Green. The Clippers will have a tricky time against the Blazers in the first round. 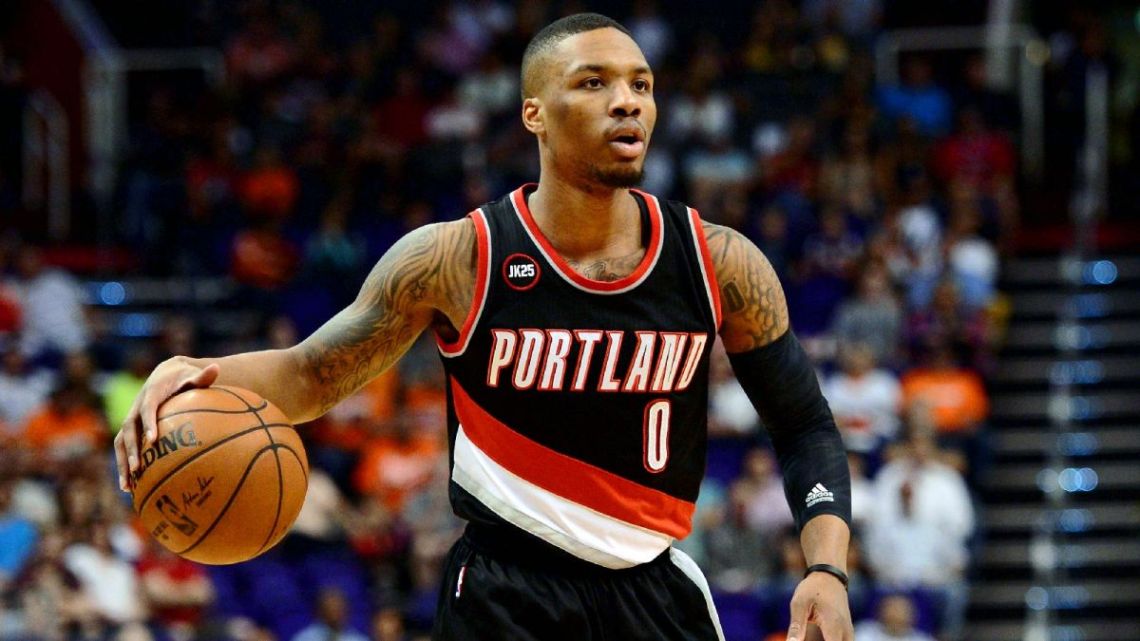 After Damian Lillard was left with practically nothing in Portland, his Trail Blazers are back in the playoffs. Being snubbed once again by the all-star team, Lillard has been incredible, including his astounding performance the game after the all-star break where he dropped 51 points on Steph Curry and the Warriors. C.J. McCollum has contributed greatly to this teams success and is a favorite to win the Most Improved Player award. The Trail Blazers have a chance of upsetting the Clippers in the first round, but the team is simply not deep enough to make a deep playoff run.

Dirk Nowitzki is 37 and still contributing to the Mavericks, leading them to another playoff berth. Zaza Pachulia has been a wonderful surprise in a season that has been fairly mixed for the Mavs. Off-season addition Wes Matthews has not been producing as much as he did with Portland but could really ignite this Maverick team. There won’t be much resistance from this Mavs team as the Thunder will most likely take this series with ease.

Somehow the Grizzlies have made the playoffs even though star player Mike Conley and Marc Gasol are out. The team is banged up and has used an NBA record 28 players in its rotation. The Grizzlies sat in the 5th seed for most of the season, but have dropped off due to injuries and have lost 9 of the last 10. Their series against the Spurs will be lopsided. 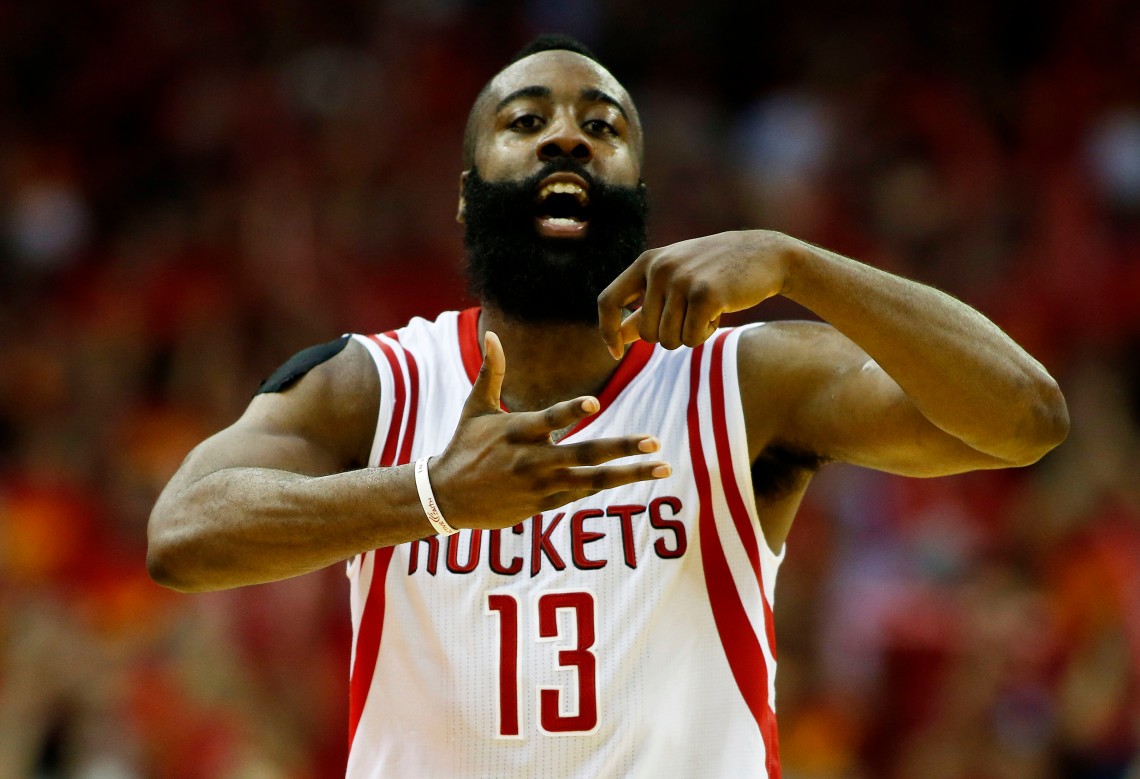 After firing Kevin McHale just 11 games into the season after he had lead them to the Western Conference Finals last season did not bode well with the team. The Rockets have been nowhere near where they were last year. Giving up a ton of role players for the troubled Ty Lawson did not help their case. A rematch of the Western Conference Finals in the first round will most likely see a similar result to last year.

Tension is on the rise in Cleveland – friction between Kyrie Irving and the team, Lebron James unfollowing the Cavs on Twitter and the usual Kevin Love drama. Throughout this, the Cavs still clinched the number one seed and home court throughout the playoffs. Lebron James has been a tear lately even though he is having the worst three point shooting season of his career. The Cavs should find themselves in the NBA Finals without much trouble. 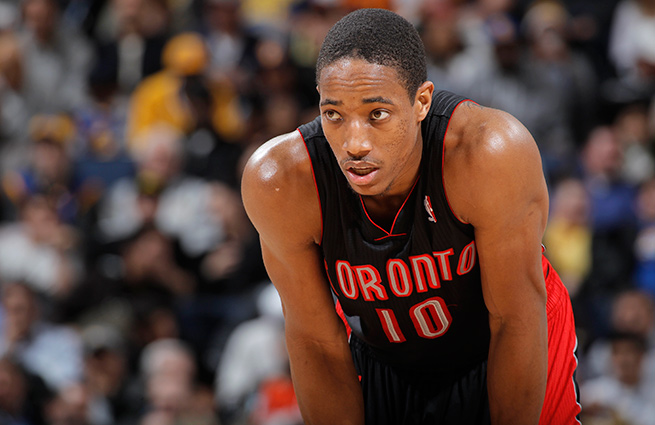 The Raptors are in a similar situation as the Clippers, good team – not great in the playoffs. The Raptors will need significant production from backcourt Kyle Lowry and DeMar Derozan if they want to keep their playoff chances alive. Having DeMarre Carroll return from injury bodes well for the team, but he’ll have the tall task of defending Paul George. 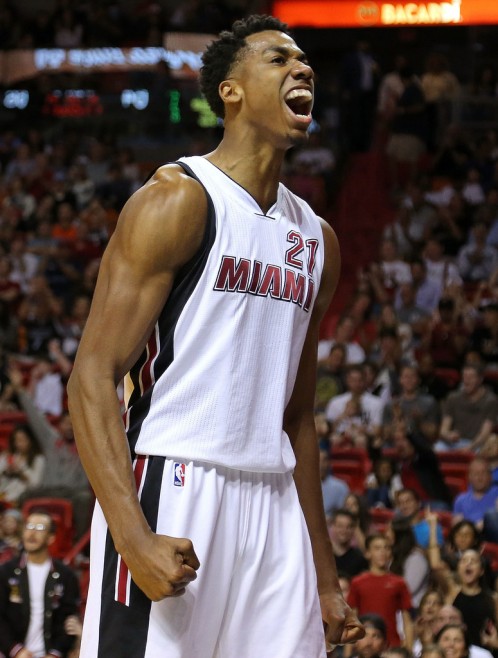 The Heat have been nothing short of hot lately. Hassan Whiteside has played incredible all season and has stepped it up even more lately. The timeless Dwyane Wade has been playing some great basketball as well, leading his team when they needed his experience. Even rookie Josh Richardson has been playing well as of late, shooting the ball extremely well. This Heat team is very deep and can definitely make a run at the title.

Jeff Teague has not been playing his best basketball and even lost his starting spot mid season to second-year German sensation Dennis Schroder. But that doesn’t matter as frontcourt mates Paul Millsap and Al Horford have been holding down the fort. Kyle Korver is still hitting 3s consistently and as long as bench players such as Kent Bazemore and Mike Scott can produce, the Hawks will be just fine.

The most surprising team of this season has done incredible things with a bunch of, well, nobodies really. The team has fantastic chemistry and is made up of solid role players all around. Isaiah Thomas, acquired at the end of last year via trade has torn it up and was even selected to the Eastern all-stars. Coach Brad Stevens has done miraculous work with this group of young players that have beaten both the NBA’s best teams – the Cavaliers and the Warriors.

The Hornets started the season well, their mid season wasn’t that great, but have gone on that tear fans saw early in the season. Kemba Walker has taken his game to the next level. Al Jefferson has had off-court issues lately, but has still been producing. The Hornets could beat the Heat but it seems unlikely seeing as the Heat are just too hot right now, especially seeing as they have home court advantage.

Paul George, returning from a gruesome injury almost 2 years ago, has lead this Pacer team to the playoffs. Monta Ellis, an off-season addition, has been great at times but has also been terrible. The Pacers have the potential to upset the Raptors in the first round, but points will need to come off more than just George and Ellis.

Soon to be free-agent Andre Drummond has torn apart the NBA with his rebounding this season posting seven 20-20 games including one where he grabbed 29 boards. His presence in the paint is notable even though he still needs to work on his post-up game. It will be extremely hard for the Pistons to get past Lebron and the Cavs.

View all posts by Benjamin Theytaz