The twenty-first World Cup did not fail to deliver among the unbridled and infectious expectations shared by traveling football fans from around the globe. Below are the lessons we learnt from the 2018 Russian-hosted competition.

It was almost eight years ago that the 2018 World Cup hosts were announced by Sepp Blatter in Zurich, yet even before the competition had started, the theme of corruption was acknowledged by football fanatics. Reports suggesting Blatter was aware of an illicit, ‘behind-doors’ deal broke loose in 2015, creating a flurry of dominoes that all but confirmed the skeptics’ suspicions that the decisions for Qatar and Russia to host the 2018 and 2022 World Cups weren’t exactly peachy. Despite the yearning of fans as they counted down the days, news outlets also made no mistake in reminding the public that the Russian geopolitical backdrop could have a dispiriting impact on the tournament.

All was soon forgotten. The stigma obviously didn’t reach the players and teams who displayed an unforgettable 31-day experience that saw only one goalless draw. Respective nations had not-so-quiet media frenzies while the Japanese made sure to make a mark on the tournament, but not the stadium. In all corners, the atmosphere was buzzing. Perhaps most fittingly, however, was Russia’s success. Below zero expectations quickly turned red hot as the largest country in the world witnessed their team progress to the last eight, knocking out big-name Spain along the way. Hooligans, excitement, heartbreak, love, despair: we saw it all.

Team Cohesion Trumped The Team With The Better Player

Argentina 1 Iceland 1, Germany 0 Mexico 1, Uruguay 1 Portugal 0, Brazil 1 Switzerland 1, Germany 0 South Korea 2, Spain 1(3) Russia 1(4). Notwithstanding of dominant performances from England and Belgium in the group stages, the tournament encompassed its fair share of upsets too. World Cup predictions were laughed off by the tournament’s underdogs. Team performances that centered around disciplined defensive schemes and organised formations often rose over opponents’ reliance on the brilliance of their star. Argentina was unable to wriggle past the Round of 16 playing through Messi (much to Diego Maradona’s displeasure) and neither Neymar nor Ronaldo were able to uplift their squads beyond the rounds most fans stapled them into prior to the tournament. Such was a common keynote as the games waned on as Switzerland, Sweden, South Korea and Denmark — all teams benefiting from percentage football and trying to limit defensive mistakes — were able to pull off a number of memorable performances by wearing down their opponents. Even with none of these teams progressing past the round of eight, the semi-final consisted of four disciplined squads that depended on mutual competence rather than individual supremacy. 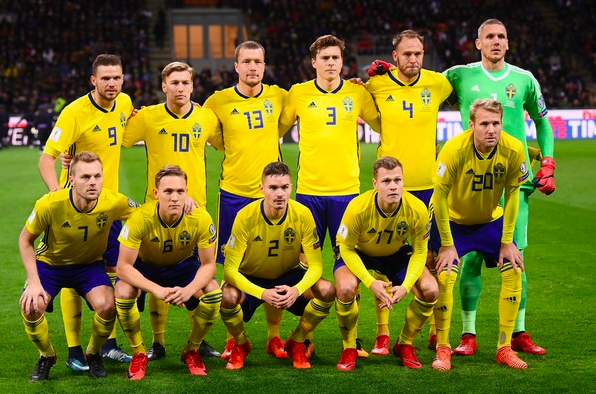 This year marked the second time in which the sportswriters and panelists delegated to elect the World Cup’s most impressive performer proved that the award means precious little. Though the trophy will sit admirably on this year’s winner Luka Modric’s chest of drawers, there were other candidates who were far more deserving. Look no further than the winner of the Best Young Player of the Tournament, Kylian Mbappé, whose relentless pace and timely goals elevated his team’s success more consistently. Though Modric was a laudable contender for the award, it would be foolish to suggest that Croatia’s loss had nothing to do with it. Even in the tournament’s decisive game, Ivan Perisic appeared to be the catalyst for the Southern European side. Modric’s ironic win seems eerily similar to the situation four years ago, in which Lionel Messi was awarded the same prize under similar circumstances. The Croat’s genius was undeniable at times throughout the tournament yet if push came to shove, should not have been deemed the best performer.

The Torch Has Officially Been Passed On

With the quadrennial tournament came a new wave of young talent. With Ronaldo (33), Messi (31), Iniesta (34), Modric (32) and Ozil (29) all likely or certainly having played their last World Cup, the time for new stars to flourish was now. Youngsters looked to establish themselves before assuming the next footballing decade. It might, though, have come earlier than expected, with players such as teenager Kylian Mbappé outshining his sporting counterparts throughout the tournament. Such could be seen by the team composition of the semi-finalists, England and the winners, France. The former revamped their playstyle and team selection, opting to field a less experienced starting eleven. Kieran Trippier, Harry Kane and Jordan Pickford are all apposite examples of how the manager (first senior managerial job) Gareth Southgate’s decision paid off. The youth movement put England national team football back on the map and invigorated a rather despondent nation following Brexit. Similarly, the average age of France’s back line was under 23 years old — a stark contrast against the 2016 Euro Finals in which the average age was 30, and France lost. The emergence of new stars highlighted the redundancy in seemingly uninspired teams that fielded similar teams to four years ago (Spain, Germany). The tides are changing and there a new kids on the block now.

The theme of belief was both inspiring and pivotal pertaining to team success throughout the World Cup. Questionable coaching decisions and political controversy surrounded the German camp leading into the event, exemplified in no better way than the lifeless performance of the former World Champions, who finished bottom (that isn’t a typo) in their group. The firing of Julen Lopetegui, former Spanish coach, just two days before Spain’s first game, appeared to take a toll on the team’s performance, who lacked direction in much of the four games they played. It took the French and British public to wholeheartedly buy into their team’s personnel upheaval to help propel their nations through the rounds. On a smaller scale, traveling Swedish fans made the shorter commute with pride as thousands stepped off the plane with baggages of euphoria, accompanying Sweden’s unlikely journey to the last eight. And lest we forget the hosts, whose exponentially increasing confidence in the Russian team moved the nation into a state of hysteria. We were once again reminded that the fans were the teams’ twelfth player.

View all posts by Lorcan Rees