The following article contains a lot of points discrediting the wage gap. I of course think the wage gap is a terrible thing, but I just wanted to clarify the extent of this gap.

The wage gap claim is one of the most persistent pieces of misinformation in our time, stating that there is about a 23% wage gap between men and women. This idea that a woman only earns 77% of what a man earns was popularised based on Obama saying ‘a woman deserves equal pay for equal work, they make up about half our workforce but they still make 77 cent for every dollar an man earns… that is wrong’.

However when you control for:

The gender based wage gap almost entirely disappears. Think about it, if this were true, women would make up the overwhelming majority of the workforce, since they can do just as good a job as a man can, and would be paid less. If companies could save 23% on salaries by just hiring women, why wouldn’t they? 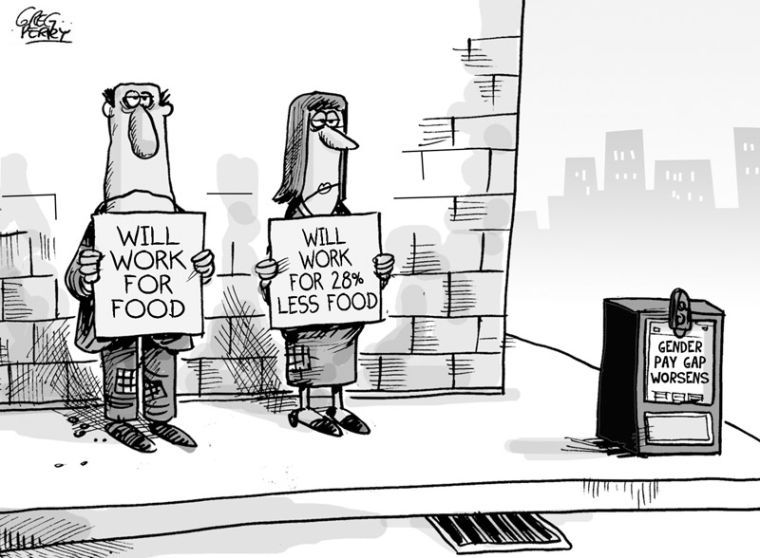 According to the Washington Post, the 77% figure that the White House states comes from raw wage data that only looks at the annual salary of all men and compares it to the annual salary of all women, regardless of job type or hours worked. For example: it’s comparing the salary of elementary school teachers to petroleum engineers…therefore rendering the data completely worthless. It’s like taking the annual salary of a cashier at Ralph Lauren, earning $19,770, then including the CEO Ralph Lauren himself, earning $66.7 million, and saying the average salary at an Ralph Lauren store is $1,612 PER HOUR. This causes extreme miscalculations in the wage gap, since 9/10 of the most remunerative majors are predominately men:

Another issue further broadening the gap is that women work a lot more part time jobs than men, and tend to work less hours than men due to many career choices women make (being a teacher only working 9 months a year), and the fact that most countries offer maternity leave but not paternity leave. Although women tend to chose jobs with more flexible hours and lower pay, they also tend to choose jobs with bigger benefits (like maternity leave). These ‘fringe benefits’ are excluded from the data because they aren’t receive as ‘wages’, they aren’t monetary. These missing factors exaggerate the wage disparity.

The average woman has less work experience than the average man and more of the weeks worked by women are part-time rather than full-time. Women also tend to leave the work force for periods in order to raise children, seeking jobs that may have more flexible hours but lower pay and choosing careers that tend to have lower pay.

A study commission by the US Department of Labour found that when all relevant variables are accounted for, the pay gap shrinks to a figure of 93%-95%. Even a study conducted by the American Association of University Women found that when you control for all the same variables:

The wage gap corresponds to the US Department of Labour findings; the pay gap is only really 93-95% (though they went with the lower 93%).

They concluded that, it’s not as Obama said, 77 cents for every dollar a man makes, it’s 93-95 cents. In fact, in a 64 page report, the American Association of University Women only mention this smaller wage gap in one sentence, and only once. They also try and obfuscate the findings by saying that just over 1/3 of the pay gap cannot be explained.

That’s sounds like they’re saying there’s a 33% pay gap, but what they’re actually saying is that:

But there’s still that 7% gap, what about that? That’s still not equal.

It is entirely possible that some of the difference is found in gender discrimination, however a far more likely explanation is that women are much less likely to negotiate for salary raise then men, and here is proof to back that:

In a study done by the Stockholm school of economics, researchers found that only 28% of women were willing to negotiate for more pay, in comparison to 43% of men (a 14% difference), basically stating that men are 1.5x more likely to negotiate for raises.

Another study done by Carnegie Mellon came about when female graduates complained to their economics teacher that their male counterparts where getting teacher jobs, when females were only getting teacher assistant jobs. When this economics professor asked the head of the school why, he simply stated that each of the guys had come to him and said ‘I want to teach a course’ and none of the women had done that.

This same professor then conducted an experiment and concluded that 83% of men were willing to negotiate for higher pay, in contrast to only 58% of women. And here’s the important part, the difference between women who asked for a raise got 7% more on average compared to women who didn’t negotiate. 7%! Where have I heard that number before…

Despite wage discrepancies, women have a higher job satisfaction than men. According to the New York Times and a study conducted by Bank of Tokyo, a man reporting being unsatisfied with his job earns about as much as a woman reporting extremely satisfied. A major cause of this is that women are far more likely to take a job that directly helps society than men (24% women vs. 19% men) according to Pew Research Centre. This gap swells to 13% when the analysis is expanded to include those who say they rate this attribute as ‘very important’ in a job description (72% vs. 59%). 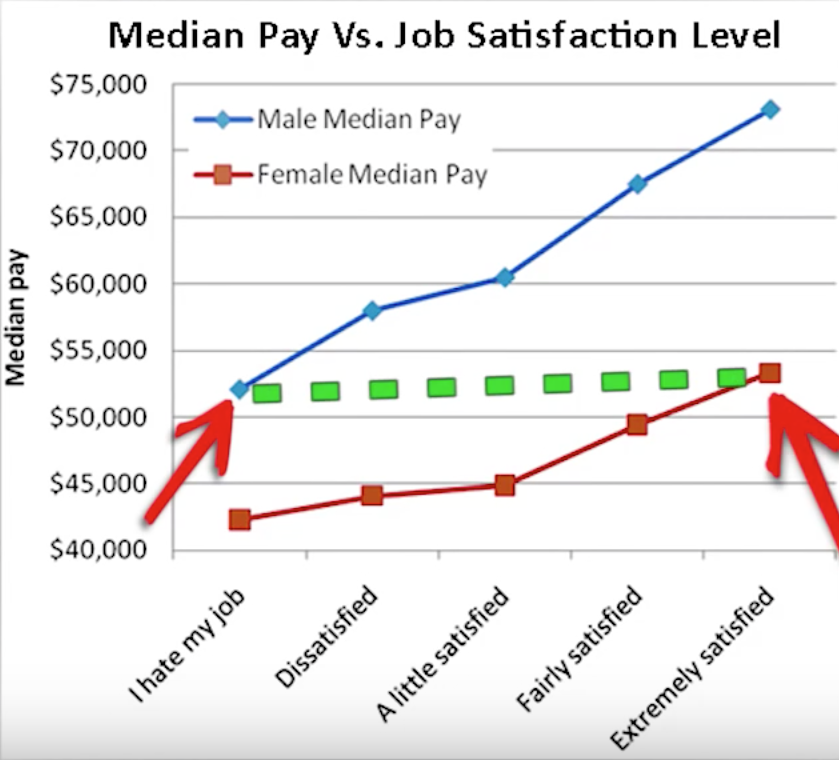 For the sake of any potential debate about these statements, I am linking all the sources I used so you can check the facts yourself.

Washington Post – Fact checking the 2014 State of the Union Address
Department of Labor study – An Analysis of Reasons for the Disparity in Wages Between Men and Women
AAUW – When controlled for education and career choices, women make 93% “of what men earned,” p34
New York Times – Home Depot settles discrimination suit for $87.5 million
Stockholm School of Economics – Study finding that even in egalitarian societies, women are less likely to negotiate for salaries
Journal of Personality and Social Psychology – “Who Goes to the Bargaining Table? The Influence of Gender and Framing on the Initiation of Negotiation” (Small, et al)
Monster.com – Women’s salaries are equal to, or outearn men in engineering fields
Washington Post – Women less likely to negotiate for salaries at Carnegie Mellon
JSTOR – Gender differences in job satisfaction
Science Direct – Why are women so happy at work?
Springer.com – Job satisfaction may vary by occupation
New York Times – Money, Gender and Job Satisfaction
Bloomberg – Number of US Ralph Lauren employees estimated at 14,000
Glass Door – Ralph Lauren cashier salary estimates
Forbes – Ralph Lauren CEO salary *Note: The hourly rate was calculated by assuming there were roughly 20 cashiers at the flagship store making an average of $19,770 per year.
Pew Research Center – What men value versus what women value in the workforce
Institute for the Study of Labor (IZA) – Gender-Job Satisfaction Differences across Europe: An Indicator for Labor Market Modernization
Bank of Tokyo – Factor Decomposition of the Gender.Job Satisfaction Paradox: Evidence from Japan
Federal Reserve Bank of St. Louis – Debate about what percentage of wage disparity is due to sexual discrimination
Centenary.edu – Gender paradox in work satisfaction apparent in the Protestant Clergy
Washington Post – White House’s use of data on the gender wage gap

View all posts by gustafpalm