By Finn Boyle and Marguerite Vernet

Happy Valentine’s Day everyone! We here at The Update are all about that sweet loving feeling (except for Finn; who abides by the philosophy horses for now, horses for later), and we wanted everyone to know whom we consider to be the best couples of all time! Both the good, and the bad. Just remember, if you’re alone on Valentine’s Day, you can always send chocolates to Margo so she can eat away her feelings (plz, send to me).

‘A pair of star crossed lovers’ huh? This would normally indicate that fate destined Romeo and Juliet to be lovers. And you don’t mess around with fate. But you have to ask if they’re meant for each other, or rather Juliet is just Romeo’s rebound when his first side chick Rosaline rejects him and this is just Juliet’s first boyfriend? Romeo and Juliet were prepared to die for each other, that’s a pretty serious commitment to start off a relationship. (Hell, letting my boyfriend put his touch ID on my phone was a big commitment….) So isn’t their relationship more of a dramatic, over affectionate and hormone driven affair?

A  book I really don’t recommend for your summer reading list. Unless you want it to be a really wet summer…

Seriously though, a relationship based on a contract and constant fear is never a good one. Why is this relationship a terrible and horrible idea? Because this affair is literally just an abusive man preying upon an unsure, troubled and young woman and calling it a relationship. Christian is an abuser; he is emotionally destructive, emotionally unavailable, a robot and sexually exploits his partner. He doesn’t look at his partners comfort or well-being (she uses the safe word and he ignores it completely). He only gets pleasure at the expense of his partner.

Better love story than Twilight? Hell to the no.

Catherine the Great and her Horse 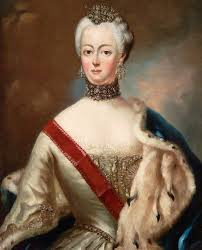 Yekaterina Alexeyevna knew there was no man for her… Photo: gogmsite.net

… Until she saw this sexy beast. Photo: youtube.com

It’s hard being a woman inside a man’s world. It’s even harder being a horse inside a woman inside a man’s world. Catherine the Great (Yekaterina Alexeyevna) came to power in Russia in 1762. She did have children, but men are all the same. She knew none of them were for her. So she decided to take breaking society’s rules to a whole new level when she fell in love with her horse. A true love story, between a woman who defied all odds and expectations, and a horse who had no idea what the Tsarina of Russia was doing to him.

Cersei and Jaime Lannister have always been close. So close, in fact, they even shared a womb! They have had to keep their relationship secret for the longest time, due to Cersei’s marriage, (and the fact that, you know, they’re twins) but they decided that love conquers all, and had not one, not two, but three children! And no, Jaime and Cersei are not from Alabama, but hail from the Westerlands (ie Wales).

Better love story than Twilight?: Jaime attempted to murder a ten year old boy in the name of love… If that’s not love, then I want to know what love is.

Humbert and Lolita have had a… tumultuous relationship, to say the least. Humbert was actually married to Lolita’s mother, but he only had eyes for Lolita. This isn’t that out of the ordinary, except for the fact that Humbert is a grown man, and Lolita is 12. It is truly an audacious relationship, to see a man risk scorn and Child Protective Services in the name of love.

Better love story than Twilight?: Maybe not all of Twilight, but it does have similarities with Jacob creeping on Bella’s daughter

Catherine of Aragon – Catherine wasn’t able to give him a rightful heir… Henry got himself a sidechick and also created a new religion, proclaimed himself head, and annulled his marriage. (What a good start!)

Anne Boleyn – Anne gave birth to a daughter, but wasn’t able to conceive a son. She was then executed on false charges including incest, witchcraft, adultery and conspiracy against the King. Henry: “Look Anne… it’s not me, it’s you.”

Jane Seymour – Jane was the only one who gave Henry a son. Sadly due to complications Jane died a few days after childbirth. Her son died at a young age.

Anne of Cleves – Unlucky for her, she went down in history as the ‘ugly one’. Apparently she was so ugly that Henry couldn’t bring himself to perform his ‘husbandly duties.’ And sure enough the annulment to the marriage was hasty.

Kathryn Howard – Who doesn’t love being married to a forty-nine year old, fat king when you’re nineteen years old? Obviously rumours started to fly around that Kathryn wasn’t very loyal to her husband. For real though… can you blame her?

Katherine Parr – Last but certainly not least… She was the only one that survived him (only by a year) She was close to her stepchildren and no drama was caused. She did cause a small scandal after Henry’s death when she married someone else.

Better Love Story than Twilight?: At least Henry sort of knew what he wanted, unlike Bella.

True, Kanye West is married to Kim Kardashian, but we all know he only has eyes for one man, Kanye West. Nobody knows when Kanye fell in love with Kanye, but it has been a long and strong relationship. Kanye’s love for Kanye, and Kanye’s love back to Kanye, is unchallenged in today’s world of fleeting relationships.

Better love story than Twilight?: This award actually goes to Taylor Swift, even though Kanye and Kanye had one of the best relationships of all time!