Luc Pellerin is a neuroscience professor at the Université de Lausanne. He recently visited the school to give a talk to a few IB Biology classes, as well as to the parents. The Update had the opportunity to sit down with him to discuss our school tech policies, as well as the maintenance of mental health.

So Dr. Pellerin, could you tell us a bit about what it is like to be a scientist and what work you do on a day to day basis?

I’m a neuroscientist so I’m interested in how the brain works, and I’m specifically interested in understanding the interactions between brain cells. I’m really working at a level where we do a lot of molecular and cellular studies. I have my own laboratory and I have a number of collaborators working with me, some PhD students, some Master’s students, some Post Doctoral fellows and a technician. My daily work is really to organize the work of all these people. I have to be able to discuss with them about what they have to do and about the results. But since I’m responsible for the group, I also have to find money. We have to apply for grants to be able to conduct the studies. And, I’m also teaching because I’m a professor at the university. We have some administration work as well. So, it’s quite a diversified type of job.

Currently students in Years 9 and 11 are making their subject choices for the IGCSE or IB program. In making this decision, these students will consider their career aspirations. What advice would you give to young girls considering going into STEM fields?

It’s quite interesting because I’ve been in the field for 25 years now and at the beginning, there was a majority of men. But now, in classes at the university for example, in biology, it’s a majority of women. In my lab now, I have a majority of women. More and more, I think girls are becoming attracted to careers in science, and particularly in biology. And I think they have their place there because they are also bringing their abilities and their own view about science and I think it’s a very good thing. My advice is that they should not afraid to consider such a choice and they should just go for it. 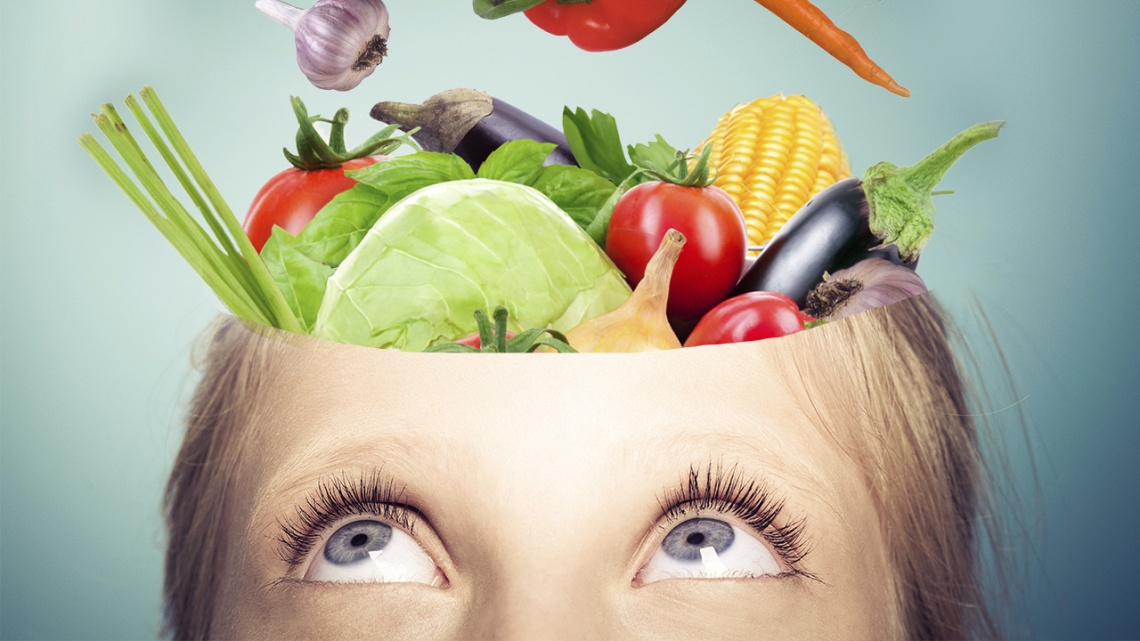 Though this is an oversimplification, most of your research seems to be centered around the topics of diet and its effects on the brain. To what extent do our dietary habits affect the function of our brain and how do they do this? How do these effects vary between children and adults?

There is a lot of research done around the possible impact of diet on brain function, and actually we don’t know much about it, surprisingly. I think this will be an important area of research for the future and I think we should continue to pursue our studies about it. There is clearly some effect on young children and in babies, in these cases, the importance of nutrition is clear since the brain is developing and needs to be supplied with the appropriate nutrients. In adults however, it is less clear. Basically, there is a certain minimum of nutrients required to keep the adult brain in good health, but how you can really have any impact on the adult brain by modifying diet is totally unclear for the moment.

Since the beginning of this school year, our school has put a number of new tech policies into place. These include mandatory laptops for all students, but also restrictions on where in the school we use can use our cells phones and laptops. Exactly how many hours of exposure should children between the ages of 11 and 18 be getting to these devices?

Again, this is an area where we have very little information about the possible impact of using these technologies on our brain, in terms of biology and in terms of function. I think it’s a question of common sense. I think you have to limit your utilization to avoid fatigue and it’s just a question of good practice. But, I don’t think we have identified specific dangers of the overuse of these technologies on our brain function. If you start getting fatigued or things like this, it’s just a signal you should stop. I think it’s just a matter of common sense of trying to have good health practices and its not specific to these new technologies. This is the same thing with television, for example. If you spend hours and hours in front of your television, of course you will not be focusing on other aspects of your life. Same thing with portable phones and portable computers. You have to limit the utilization to a reasonable amount.

We have no solid evidence at the moment that they [mobile phones and laptops] really cause damage to your brain.

We have no solid evidence at the moment that they really cause damage to your brain. It is an overstatement to say that they can cause brain damage. If any, the possible effects of cell phones and laptops would only became visible after a long period of observation. But for the moment, nothing has come out that seems to indicate that these technologies and magnetic waves could induce some significant damages to your brain. Again, it’s a question of common sense, you have to limit utilization to a reasonable amount but I don’t think we should be afraid of using these technologies.

Are there any negative effects of listening to large amounts of music per day from a neurological point of view?

I think it’s not listening to music that is the problem. I am more concerned about the intensity of the sound. In that case, there are studies showing that you can induce damage to your hearing by listening to loud music for long periods of time. I think that’s the greatest risk. But, in terms of neurological problems, I don’t think that listening to music at a reasonable intensity will induce any damage whatsoever. It is rather a question of socialization. If you spend most of your time with other people but you are listening to music with earphones, you are not interacting with people. It is your social life that can therefore suffer. But, in terms of brain damage, there is no evidence for that.

I am convinced that this is the case. I can tell myself because I’m from a different generation. My children, who are from your generation, have adapted completely to these new technologies. They can use their cell phone much better than I can. I think the brain has this remarkable capacity to adapt. I think these technologies are just an extension of our capacities, it’s just a matter of adapting to them, and I have no doubt, looking at young people, that they already have. We can regret, as old people, that things have changed. But, I think for young people, since they have completely adapted to it, this is going to be a completely normal way of interacting with the world.

Many young people in secondary school suffer from mental health disorders, such as depression or anxiety disorders. To what extent do these disorders have scientifically – explainable causes?

I think that a lot of these disorders have neurological causes with genetics. There is still a lot to do to identify them. I think simply that we are more aware of mental health disorders now because we have the tools to detect them and identify them. Maybe it’s not that they are more frequent now than they used to be, it’s just that we have better ways to detect it. But still, to identify the real causes, we still have a lot of work to do. Are there any ways to prevent the onset of mental health disorders through day to day practices, or do we have no control whatsoever over their development?

When people think of having a healthy body, they don’t often think of healthy brains as a part of that. What can people do in their day to day lives to improve the health of their brains?

You have to remain active. You have to challenge your brain, do some activities that provide pleasure and also do exercise and treat your body well. Eating and sleeping well are also a part of the equation to maintain good mental health. These things will put your brain in good condition.

The information presented in this article does not necessarily reflect the views or beliefs of The Update. We are reporting either the facts or opinions held by third parties related to the subject of the article.