In August 2013, 17-year-old Ibrahim Halawa was arrested for peacefully exercising his right to freedom of expression and assembly.

On 16th August 2013, Ibrahim and his three sisters, who are Irish citizens, attended a peaceful protest in Cairo. However, when violence broke out, the four siblings sought refuge in the nearby Al-Fath Mosque. At least 97 people were killed as a result of the reckless use of force by the Egyptian security forces. On 17 August, forces claimed that Ibrahim fired at them, which lead to his subsequent arrest. Amnesty International followed this case and conducted an investigation that found him innocent of all charges. 2 years later, 20 year old Ibrahim is still in prison and has not seen his parents or siblings since the arrest.

The Amnesty International Youth Chapter at La Chât decided to support Ibrahim’s case by taking a stand against this blatant act of injustice. We launched the‘Ibrahim Halawa Postcard Action’ at La Chat’s annual Kermesse event. The signatories of the cards urged the immediate and unconditional release of this prisoner of conscience, and called upon the Egyptian president to support Ibrahim’s request for repatriation to Ireland.

At Kermesse, the Amnesty Team oversaw the signing of several dozens of postcards by students, teachers and parents. We would like to thank everyone who supported the Ibrahim Halawa human rights campaign and enthusiastically took a stand against his unjust detention.

We trust that our school has contributed to flooding Presidents Al-Sisi’s postbox with our ‘free Ibrahim’ post cards! 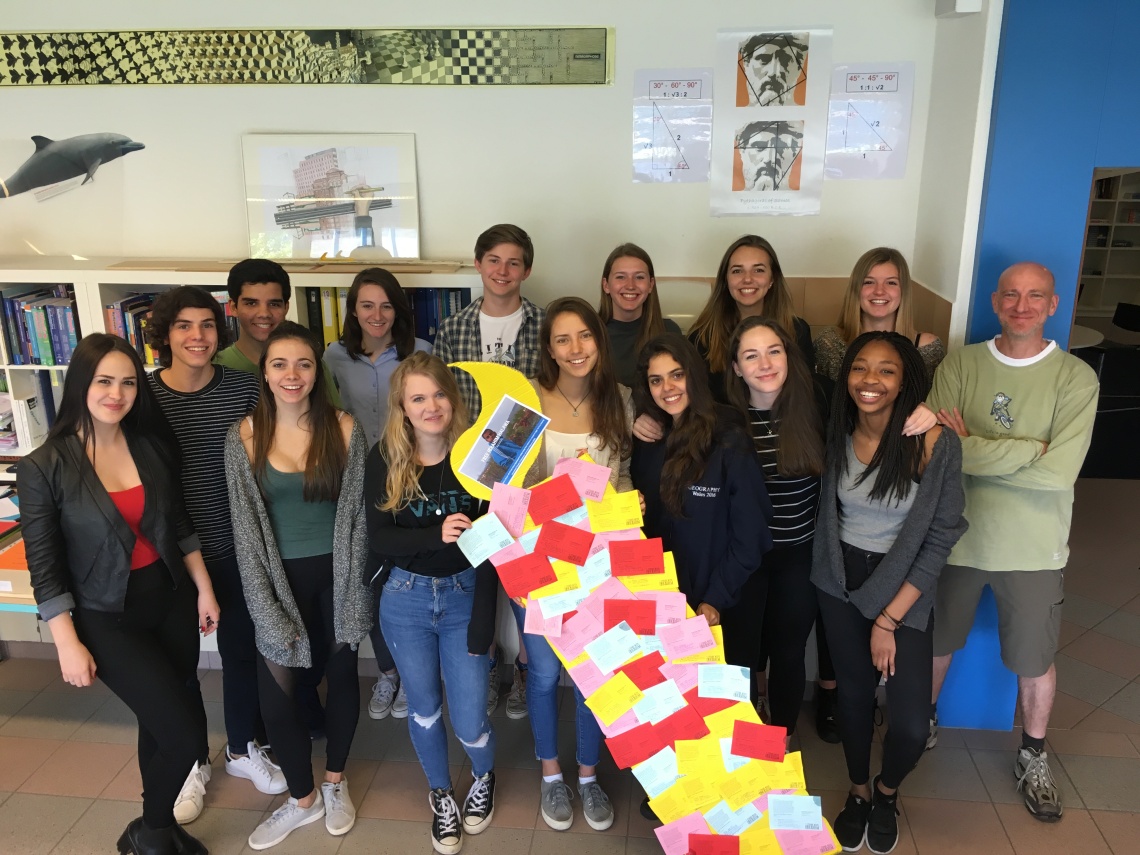