This article is a part of a series on The Update devoted to famous people we all know. This post is about Mahatma Gandhi!

Gandhi in 10 words: A Peaceful civil rights leader who led India to independence.

His deal: Nothing will make you realize how much everyone sucks more than reading about Gandhi for a few hours. He was a person of uttermost greatness.

His story: Gandhi grew up in a Hindu merchant family. He was a regular person like you and me. He was at best, a mediocre student and he’d often run from school because “he could not bear to talk to anybody.” He decided to move to London in 1888 and go to Law School, and 3 years later he returned to India and became a rather mediocre lawyer.

He decided to give up on having his own law practice and accepted a position with an Indian law firm in South Africa, then a British Colony. After seeing how the Indian community  was being treated by the British ruling class, he decided to set aside his plans of being a lawyer and spent the next 20 years fighting for the rights of the Indian community. He achieved a lot in those 20 years. He was a completely different man back then. Here is a picture of how he used to look: 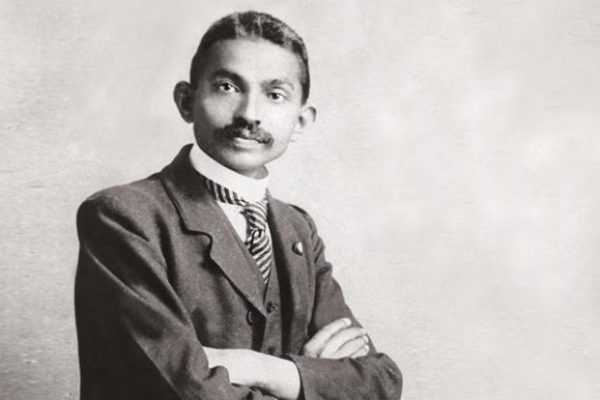 He proceeded to move to India with the aim of improving life under the Bristish. He then spent the next 32 years trying to end British colonization in India. He eventually succeeded when in 1947, India and Pakistan gained their independence.

During his fight for freedom, violent conflicts erupted between Hindus and Muslims in India. When India finally gained independence this conflict continued. This went against Gandhi’s belief that being Indian transcended race, religion and caste, and he didn’t agree with the plan to split India into two countries (creating Pakistan for the Muslim minority). Gandhi, despite being a Hindu, stood by Muslims and protested against the Hindu violence against them. This angered Hindu nationalists, one of whom assassinated Gandhi in 1948.

He believed in nonviolent civil disobedience. Actions like boycott of British goods, hunger strikes and marches ultimately did the trick. Consequently, Gandhi became renowned internationally and won the support of millions in India. He earned the highest level of respect throughout the world and stood as an example for significant others such as Martin Luther King Jr. and the Dalai Lama.

Some Rather Unsettling Facts That Gandhi Wished to Keep From the World:

Gandhi’s Last Words:  “Hey Ram” – “Oh God” in English. This is a debated topic, many are skeptical that he actually said this.