2011: 22 years old. Derrick Rose lifts the MVP trophy, as the youngest winner ever, over the likes of LeBron James and Kobe Bryant as the world watches in awe.

2015:  A previously injury-riddled Stephen Curry drains 284 threes, a new record, en route to an MVP-season that sets a record for the least amount of minutes played by a winner of the prize.

The NBA MVP race has had its surprises and anomalies, shocks and revelations, as the league has changed since the turn of the century. Upcoming superstars emerge and compelling storylines (which will come up later) evolve to shape the annual winner. Even so, historically, the MVP winner has followed a trustworthy and constant formula. The eye test can be improved upon. Greatness is not always subjective and the stats can be a key indicator towards worthy contributors. So despite unpredictable outcomes that’ll be sure to unravel throughout the upcoming season, it may perhaps be possible after all to compile a list of the upcoming favourites for the prestigious prize based off trends and patterns in past seasons.

Read further as we invite in all the NBA players to our party, before *gently* kicking them out, as we choose our favourites.

We begin big. Technically speaking, all players that suit up in their respective uniforms are eligible for the prize by virtue simply of being in the League. There are 500 players at our party; some need to go.

Sounds obvious, I know. Anyone who averaged hasn’t averaged at least fifteen points in one the past two season has to leave.

Ok, this is where things begin to get a bit technical. PER (Player Efficiency Rating) is a recently developed statistic that indicates a player’s efficiency during their time on the court. The algorithm shan’t be included in detail but in large, the statistic depends on points scored, contribution to helping the team on the offensive end, and overall level of productivity. All MVPs have boasted a PER north of 18.5 in the season prior.

Ok, there may have been a few exceptions but broadly speaking, most winners of the prize have been established and bona fide stars in the league for at least a year. Great players generally don’t just fall from the sky — unless their name is Victor Oladipo — so for this reason: everyone who hasn’t been an All-Star in at least one of the past two seasons leaves the party. And there were 28.

So, it turns out 80 percent of MVPs had a PER over 22.5 in the season prior — a full eight points higher than league average. Upping the ante.

This is where we really need to put on our filter hats and find la crème de la crème. We’ve kicked out quite a few 7ft giants and the party space is pretty big so we may as well keep our last 20. Instead, we’ll reward them points and see who stacks out on top. This means that a player might not fill a particular set of criteria we lay out but also could have accumulated enough points in a previous set to warrant consideration.

Another one to wrap your head around. Our hypothetical winner should ideally have had 0.2 WS/ 48 minutes. Win shares is a statistic developed by Bill James that judges a single player’s contribution to wins. All players on the 20-man list that fill this category will get the number of points based on their order. Players that do not have a win share north of 0.2 per 48 minutes will not be granted points.

Phase 2, Step 2: A past relationship with the prize 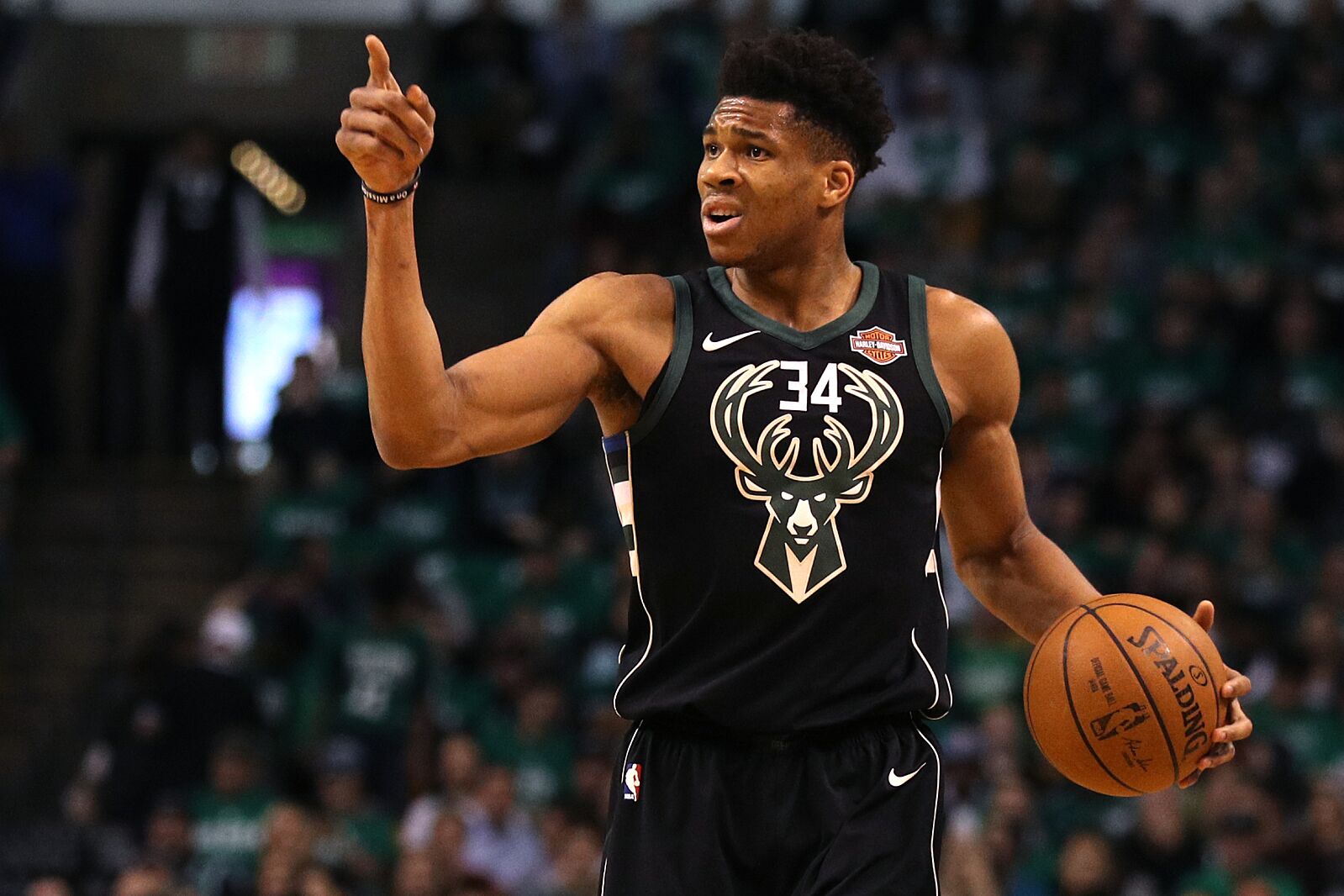 That’s right. History indicates that most winners had previously featured in the top 3 of MVP voting in at least one of the past 4 seasons. So, let’s see. This time, the guests will be awarded their points by the number of times they have featured on the list

It probably shouldn’t have taken us this long to get here. Team success has a huge impact on who is awarded the prize. Each player will be granted points from 1-15 depending on where the Vegas betting odds see their team will finish at the end of the forthcoming regular season.

Contestants that have teammates that also feature on the list will inevitably lose sights on the prize. If there are two players on the same team that have to share the spotlight, history suggests that the prize will rarely go to either one of them. For all players that fall into this category, their points shall be reduced by half.

Phase 2, Step 4: Injuries and Declines and Picking out the Weakest

Turns out there are still a few too many people at the party so we’ll need to reduce ever so slightly. Within reason, we shall exclude all contestants whose production decreased significantly last year/ who will be injured for a large portion of the upcoming year. Players who have flirted with injuries in the past will have points demoted from them according to the severity of their past injury and the likelihood of it reappearing. Additionally, all players who have 8 points or less must leave.

I know, we’ve done a great job at sticking to stats so far. Time to meddle with some subjectivity for a second though. I’ll reward players who will benefit from potential storylines that’ll undoubtedly emerge throughout the seasons. Players benefiting will be ones who will be the focal point of their team on both sides of the floor, or ones that will have changed team. An extra two points are awarded to all contestants in the East, who have a higher chance of winning in the weaker conference. Voting fatigue is accounted for as only three MVPs have seen the trophy land in their lap more than once in the modern-day era. The previous winner will lose 4 points.

This algorithm sees Harden lift the prize for the second time in two years. Amid roster overhauls and player transactions, one thing will remain the same; James Harden and the Rockets will likely remain a dominant offensive team in the regular season. With the expected regression of Chris Paul, his counterpart, and just as much responsibility on his shoulders, Harden will look to join the short list of players to win the award twice. 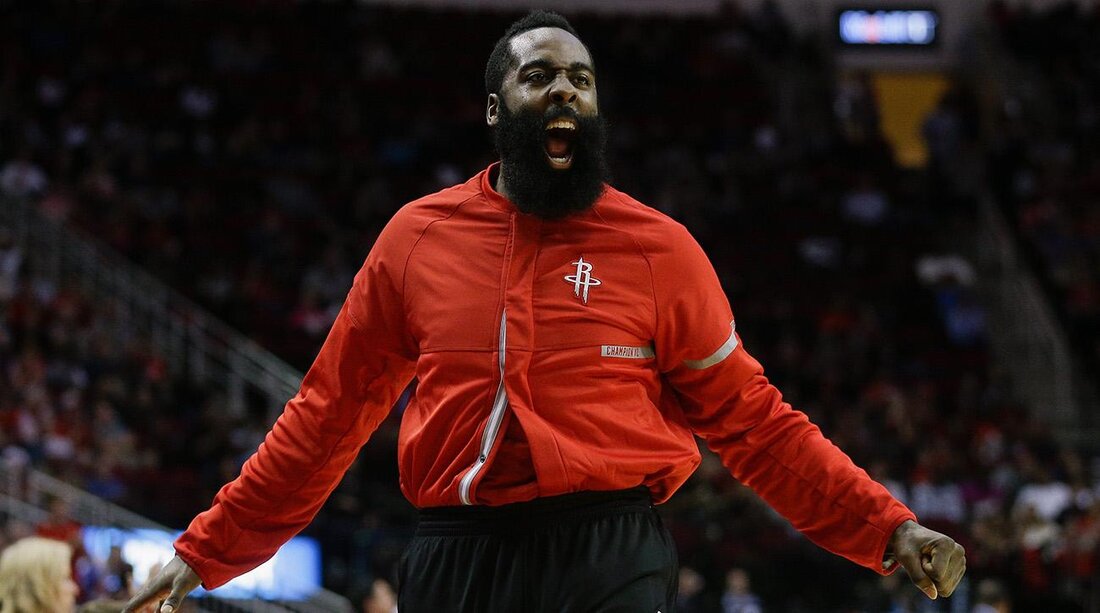 View all posts by Lorcan Rees