1. President Obama pardons the National Thanksgiving Turkey in the Rose Garden of the White House.

2. A volunteer holds up a baby as others help migrants and refugees get out of a dinghy after their arrival on Lesbos, Greece.

3. A winter storm clears at sunset over the Interstate 80 near Baxter in California, USA. 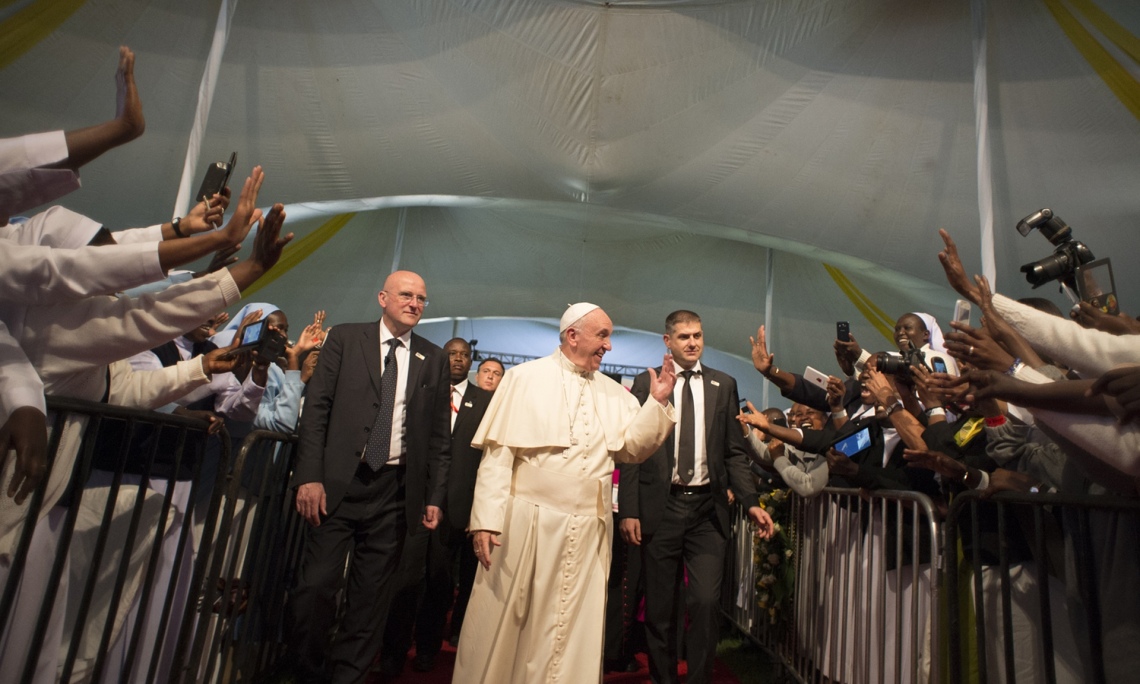 5. Pope Francis arrives for a meeting with clergy, religious men and women and seminarians at the sports field of St Mary’s School in Nairobi, Kenya.

6. A young man displays pictures of victims of gender violence, marking the International Day for the Elimination of Violence against Women Buenos Aires. 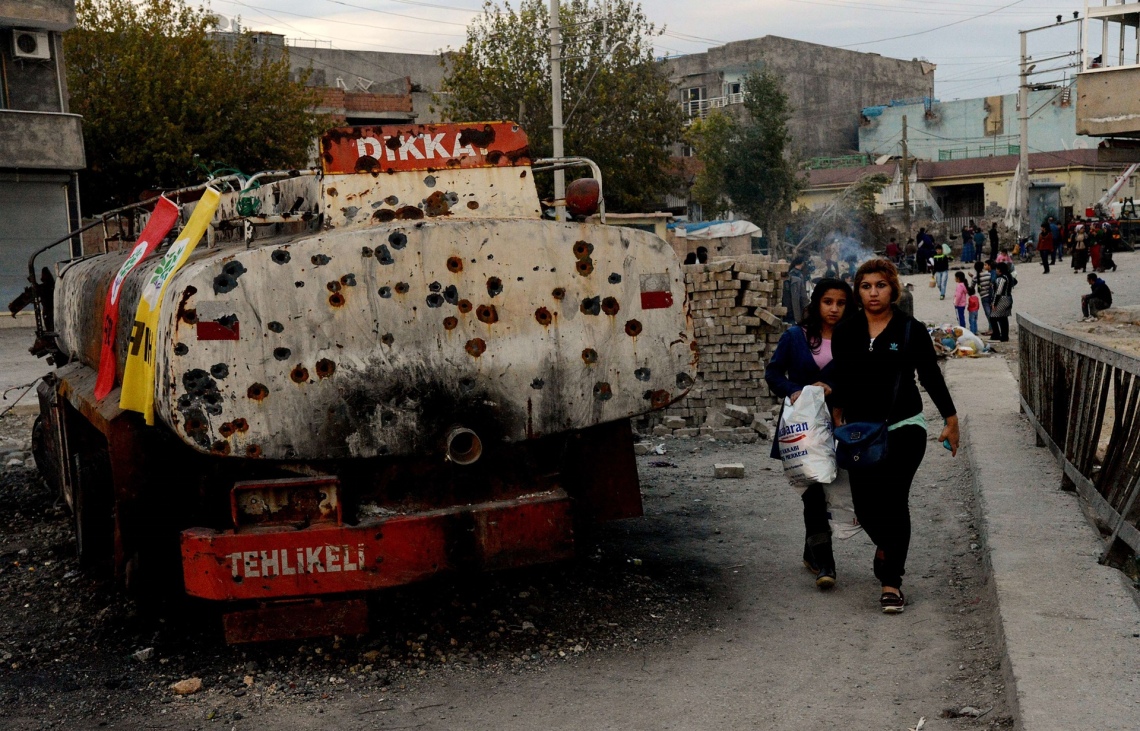 7. People walk past a bullet hole ridden petrol tanker destroyed during clashes between Turkish forces and Kurdish militants in the Nusaybin district of the city Mardin, Turkey.

8. A climate change supporter attends a rally ahead of the United Nations climate summit in Melbourne, Australia.

9. People pay tribute to the 130 victims of the 13 November terror attacks, at the Place de la Republique in Paris, France.

10. People’s Liberation Army recruits stand in formation during a training session in cold winter temperatures, which reached -20C, at a military base in Heilongjiang province, northern China.

11. Volunteers comfort a refugee child as she disembarks from a dingy in the north of the greek Island, Lesbos. 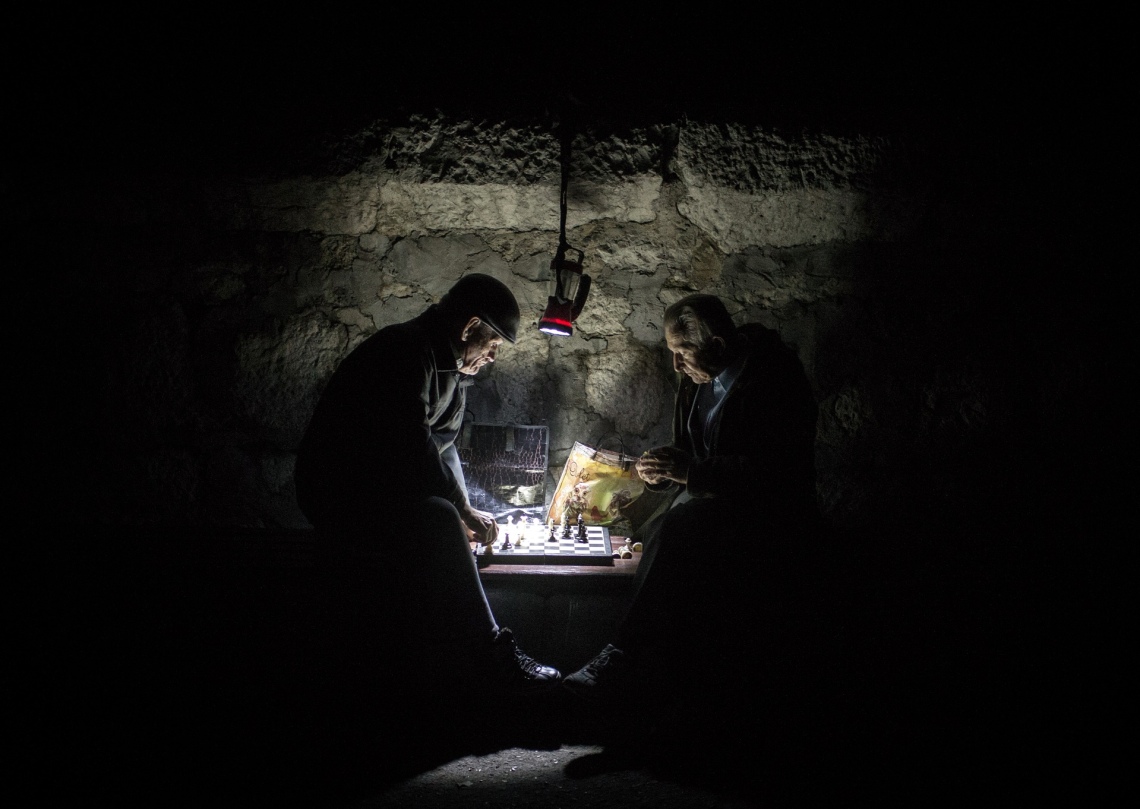 12. Men play chess by torchlight after the area lost power when pylons were destroyed. The Crimean authorities have declared a state of emergency and introduced restrictions on electricity use.

13. The Standing March, an art installation by French artist JR and American film-maker Darren Aronofsky, is projected on to the facade of the Assembléee Nationale in Paris.

14. A man carries a dog and wades through a flooded street in the southern state of Tamil Nadu in Chennai, India.

15. The McIntyre family hold candles at a vigil in memory of the 14 people who died in the San Bernardino mass shooting.

16. The place de la République is covered with shoes as part of a symbolic rally during the forbidden COP21 demonstration in Paris, France. The demonstration was banned after the Paris terror attacks.

17. A Typhoon warplane flies over RAF Akrotiri, a British air base near the coastal city of Limassol, Cyprus. British warplanes carried out airstrikes against Islamic State in Syria hours after parliament voted to authorise attacks.