Man, this movie is all kinds of messed up. I mean, you got the father of HIV-ridden Charlie Sheen killing Asians called Charlie, you got Boo Radley (Robert Duvall) committing war crimes, Marlon Brando’s fat! This is one movie you really don’t want to bring someone to for your first date (unless you’re into war atrocities, I don’t know what works in your bedroom).

Apocalypse Now (1979) is a film just as famous for the story behind it as the story itself (the making-of documentary, Hearts of Darkness: A Filmmakers Apocalypse (1991) is almost just as lauded as Apocalypse Now  is). The concept behind it was originally conceived by none other than George Lucas, who eventually gave over the idea to his mentor, Francis Ford Coppola, so he could make Star Wars (After these years, Lucas adopted DJ Quik’s philosophy of “Don’t make dollaz, don’t make sense”). Coppola had just finished making what is considered by some to be the best film of all time, The Godfather (1972), and thus, anticipation was high.

This anticipation was promptly thrown out the window when production of this film began. The lead actor was drunk 24/7, the most bankable actor hadn’t even read the script, the film crew became addicted to drugs, the lead actor had a heart attack, a freaking rebellion broke out in the country they were filming in, causing some props to be taken away to, you know, kill people, and just to make things worse, a hurricane hit and destroyed the sets.

Wow, haven’t even gotten started on the story yet, should probably do that.

Apocalypse Literally RN opens with Spec Ops veteran Willard (Martin Sheen) going crazy in his hotel room in Saigon, during the height of the Vietnam War. He is later called to go out into neighbouring Cambodia and kill a rogue American Colonel, Kurtz (Marlon Brando). From there, Willard witnesses the horrors of war all while wondering what would cause a respectable American Colonel to escape and start a cult in Cambodia.

Apocalypse Unibrow was based off of Joseph Conrad’s novella Heart of Darkness (1899), which told a story of the atrocities being committed by King Leopold of Belgium in colonial Belgian Congo. It was one of the first books to demonstrate the horrors of European colonialism from the perspective of a European, and remains a classic in literature to this day. Apocalypse Now That’s What I Call Music had big shoes to fill.

Let’s talk about the acting, specifically Sheen and Brando. Martin Sheen (born Ramon Antonio Gerardo Estevez, because of course Marty’s real name is Ramon Antonio Gerardo Estevez) was, at the time, not that well known, at least in comparison to Marlon Brando. Martin was tasked with playing the PTSD afflicted semi-psychotic Willard, and play him he did. Martin Sheen managed to accomplish this through the most awkward form of method acting ever, which is actually becoming an unstable trainwreck IRL. For example, take the opening scene.

Apocalypse Now Dance Pretty Boy opens with the main character, Willard (Ramon/Marty) going ape in his hotel room. His voiceover talks about how he is getting weaker, and Charlie (The codename for the Viet Cong) is getting stronger. He starts pretending to attack people, jumping and uppercutting. He even smashes a mirror with his barehand (and later recoils because he messed his hand up). Scary thing is, this scene wasn’t scripted. Sheen/Estevez had rolled up to the set drunk and depressed, and started going nuts. Did I also mention that they were filming on his birthday? Yeah, he took out a lot of stuff, literally. The director told the camera crew, who apparently were disturbed out of their minds, to just film everything he does. The voiceover wasn’t even done by Martin, he was too messed up, but by his eerily similarly-voiced brother, Joe Estevez.

Don’t think it was only Marty that stocked up on crazy, oh no. Brando had his own problems. First of all, he was fat and bald. This may not seem like a big deal, but Brando was so sensitive about this he ordered to be filmed in shadows so his real weight couldn’t be shown. He also, like stated before, hadn’t even read the script, questioning why his character had such a German name (Kurtz was the name of the Belgian colonialist in Heart of Darkness). Because Brando hadn’t read his script, he ended up improvising a line or two whenever he forgot what he was supposed to say. In fact, some of his most famous lines in the film where improvised. Also, the filming in the shadows thing helped the film. His scenes became darker, more artistic.

Speaking of, let’s talk direction (notice how I seamlessly transitioned from acting to direction? This is why I’m the best writer of all time, except for, you know, Shakespeare. Or Kanye). Like I said, the plot was conceived by George Lucas, who at the time was working with Francis Ford Coppola. Lucas decided to give it over to Coppola, which made things only better. Coppola, unlike Lucas, has directing talent. He had just made Godfathers I and II, meaning he was all the talk. He framed the film with a distinctive orange and yellow hue. This was meant to symbolize Napalm, a chemical weapon which was used by the US in Vietnam. It also gives the film a sticky, gross feel, much like the warzone they’re in. Coppola gave was careful to show the Vietnamese not as bloodthirsty warriors, but as determined fighters, who were being crushed by America every chance they got. Yet the Americans are still terrified of them. They’re resilient, strong. On top of that, most of the film’s score is only one song, granted one that is 11 minutes long, but still. Both the opening and closing scenes involve the song The End, by The Doors (headlined by Jim Morrison, before he got fat, died, and sang a duet with Snoop Dogg).

The End is not only a great song, but a fitting one. It talks about atrocities, (“Lost in a Roman wilderness of pain”) wartime, (“The West is the best”) indoctrination and disillusionment, (“All the children are insane”) and riding a massive snake (“Ride the snake / To the lake / The ancient lake / The snake is long / Seven miles / He’s old and his skin is cold”). All these things (sans snake) are in Apocalypse Now Honey, It’s Not You, It’s Me. 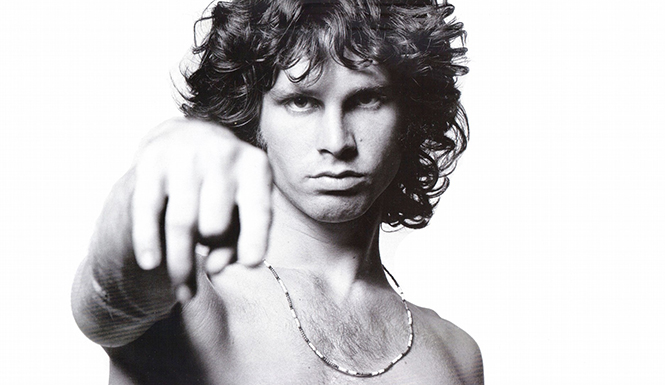 …And Jim Morrison at 27. Photo: parismojo.fr

All this gushing is not without criticism. Apocalypse Now You See Me is one of the greatest films of all time, but nothing is without fault. For instance, it’s long. It’s not seven miles, but it is 3 hours. This makes the pacing very slow at points, including many scenes with Willard in a boat, just chilling while a 14 year old Morpheus from The Matrix (1999) makes racist statements about killing Vietnamese people. These parts, while character-developing, can be boring to some. Also, Brando, who has the best scenes in the film, is in for probably 15 to 20 minutes. 15-20, out of nearly 180. He feels missed in other parts, where he’s heavily mentioned.

Still, warts and all, Apocalypse Now, We Dance is undoubtedly a masterpiece. It tells of the timeless horrors of war, horrors which affect both the victims and the perpetrators. It’s nearly 40, and is still enjoyable to this day.